South Africa’s wealthy and privileged owe a direct
debt to those whose lives paid for the industry on which
the South African economy was built.

Occupational lung diseases
are a direct result of profit-seeking industries
that form the foundation of our economy. 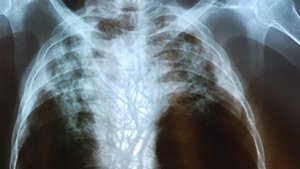 For 120 years Mining companies and the South African state have failed to make mines safe from harmful conditions that cause these diseases.

Although Laws to protect miners against dust have been in place since 1903, mining companies have not been held accountable for breaking these laws.

They have also failed to provide adequate medical care for miners they have made sick.

Current laws governing compensation
make it very difficult for ex-miners living in rural areas and outside the borders of South Africa to access compensation.

South African state institutions tasked with certifying and
compensating sick miners are dysfunctional and
have huge backlogs of unprocessed claims.

Sick miners have been sent home to die in their rural communities.
The gold mining industry has shifted the burden of care
to their wives and families.

"...failing to protect the health of the employees when they were legally bound to do so and as a result causing (the mine workers) to contract TB and silicosis", Deputy Judge President Phineas Mojapelo

In the 2018 out-of-court settlement, gold mining companies have agreed to set aside R5 billion for compensation claims
over the next 12 years.
While the settlement may be considered as a victory,
it is only the beginning of a struggle for justice
which demands YOUR SUPPORT

SIGN THE PETITION AND JOIN THE MOVEMENT FOR JUST COMPENSATION TODAY

Without widespread awareness of these conditions and increased pressure on industry and the state, industry will literally get away with murder when the settlement period lapses after 12 years.

Sick miners and their families have been living in abject poverty and suffering caused by disease while waiting for the promise of compensation.

Some have already died without being compensated.


You can support the campaign in the following ways: